If the drone pilot leaves the Loki unit on while swapping batteries on the drone when flying larger sites then there will only be a single SBF covering the multiple flights. Each take off and landing of the aircraft is considered a flight. This is not the recommended workflow and can create problems when post-processing.  The following workflow can be used to process data if it were accidentally collected with this method. 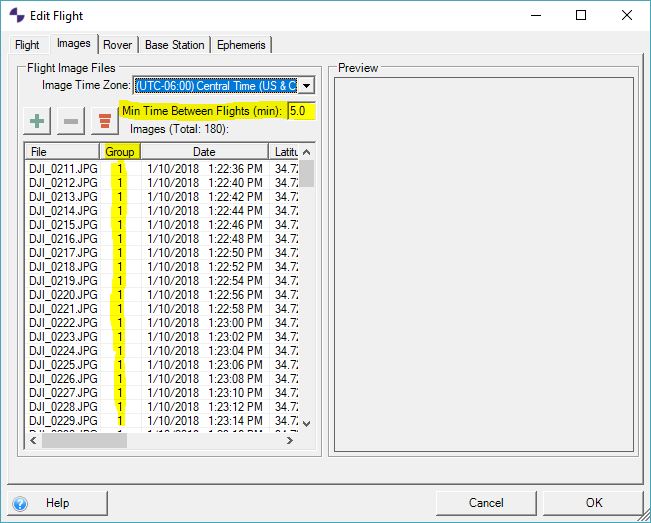 Note: Failure to separate the groups can have adverse effects on the ability of ASPSuite to properly align the photocenters resulting in rejected photocenters for latter flights, or bad alignment when taken into PhotoScan or Pix4D.