GeoCue has the ability to import source LIDAR strips with multiple scanners and assign the scanner number to the User Byte in the LAS format. The User Byte is what TerraScan uses for the scanner since no scanner attribute existed before LAS v1.4, and the field, even in LAS v1.4 is limited to a small number of scanners.

GeoCue requires that the LAS files be named according to the following naming conventions and each strip (point source ID) and scanner  be in individual LAS files.

To import the LAS files into GeoCue, use the Import LIDAR Data command.  Choose “Set from file name” from the “Strip Number Assignment” options, and choose “Multiple” from the Laser Scanners” options. 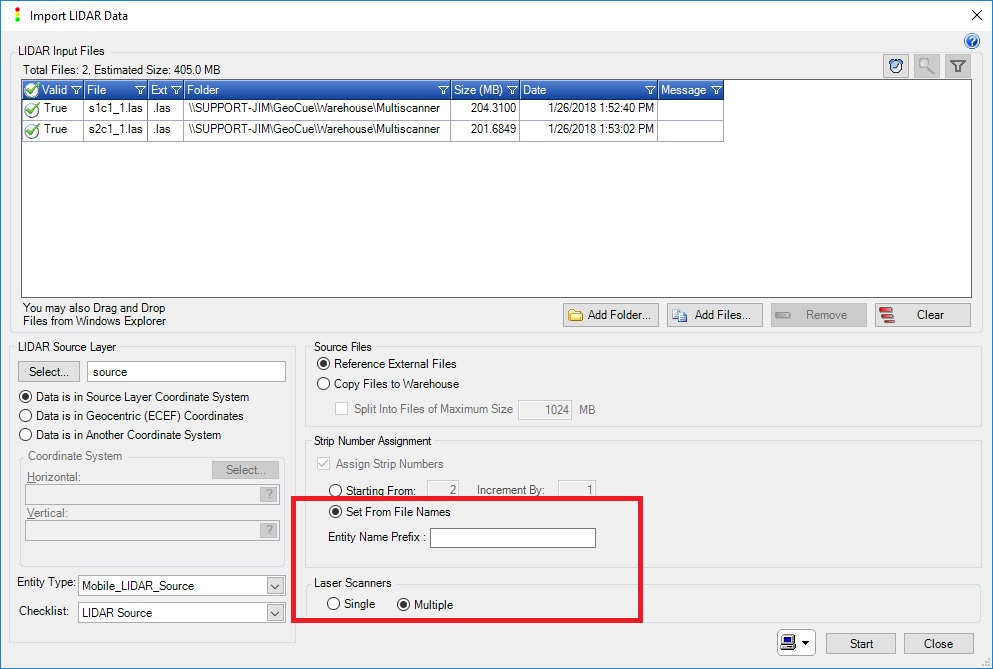